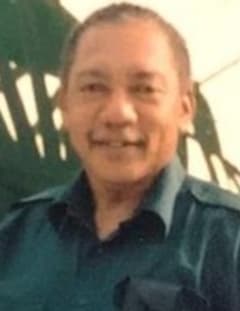 With humble respect, Sewell Mortuary in Grantville announces the transition of Charlie Garrett on January 23rd, 2021.

Graveside service will be at Forest Lawn Cemetery in Newnan GA on January 30th at 1:30 PM.

Visitation is Friday the 29th, from 3 to 6 PM at Sewell Mortuary.

Elder Charlie Will Garrett affectionately known as “Chuck” and
“Elder Garrett” was born June 3, 1936 to the loving union of
Dollie Lee Foster-Garrett and Elcanley Garrett in Woodland,
Alabama. He graduated from Randolph County Training School
and served three years in the United States Army. After serving,
He worked for Boeing in Seattle, WA and later retired from
General Motorsin Atlanta, GA.

Charlie committed his life to God at an early age and joined
Union Hill Baptist Church during childhood. He answered the
call to ministry as a young man and continued to preach and
teach until he was called home. He loved some good old
“churchin.” He was a faithful member of Decision Point
Ministries under the leadership of Pastor Chris McNairy. On
April 28, 1985, he was joined in holy matrimony to the late
Brenda Rose Tennie-Garrett.

Charlie loved to fish, play cards, travel, watch tv, and show how
he still had it by “kicking his leg up in the air.
” He would always brag on how he could win a foot race with the “youngsters.” His favorite quote while playing cards was, “You can’t out play me, you just got better cards than I do. ” He loved his family and enjoyed every moment with them. He was full of life and family stories and wanted to share them all. He will truly be missed. 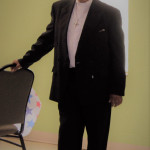 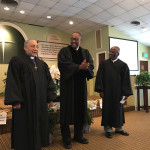 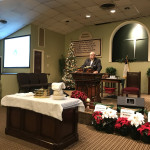 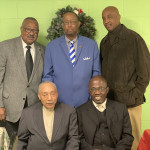 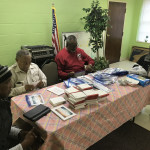 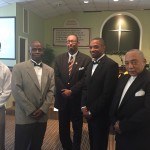 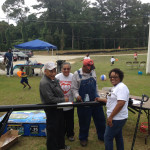 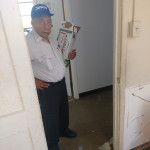 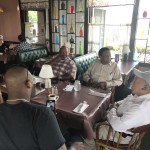 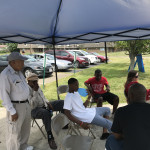 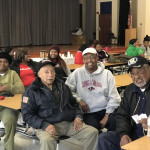 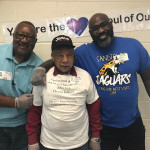 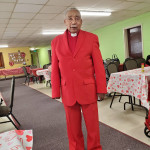 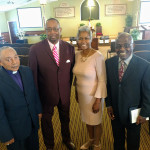 Rest In Peace My Friend! The 10:00 AM talks will be missed. The Atlanta KROC Center lost a true servant of God but understanding your work on this earth was complete. Well done good and faithful Man of God, Well Done!
- Daniel Walker

- Nita
"And now, dear brothers and sisters, we want you to know what will happen to the believers who have died so you will not grieve like people who have no hope. For since we believe that Jesus died and was raised to life again, we also believe that when Jesus returns, God will bring back with him the believers who have died. We tell you this directly from the Lord: We who are still living when the Lord returns will not meet him ahead of those who have died." 1 Thessalonians‬ ‭4:13-15‬ ‭NLT‬‬ It is with both joy and sadness that Saturday January 23, 2021 that the Decision Point Ministries (DPM) Church family submitted to the will of our sovereign God in the transitioning of Minister Charlie Garrett (known to some as Elder Charlie Garrett and Chuck). It is most important to know that Charlie Garrett was a man of God, living out his faith. As an ordained minister of the Gospel, he loved his calling and ministry service in his local church. He served as the Prayer Coordinator for DPM, conducted a monthly Bible study at the Newnan Senior Center, and shared God's word regularly at the South Fulton Salvation Army. As a seasoned saint he would do whatever he could to make disciples, extend the kingdom, and strengthen the church. We grieve and our hearts ache while we celebrate a soldier of God's army called ahead of us to his reward in Heaven. -PC
- Pastor C McNairy

For many many years, Mr. Garrett was a shining light to all of the employees at The Salvation Army Kroc Center where he would come in almost daily to work out and spend time chatting with us. Always upbeat, he lifted our spirits and prayed with us often. The Atlanta Kroc Center won't be the same without him.
- Ben Scholes

I am deeply sadden and will be missed seeing him at the fitness center at Kroc Center. Mr. Garrett always sweet. Family, I am so sorry for your loss.
- Jackie Holmes

We will miss Elder Garrett. We will always cherish the memories of his vitiation to our church. Pastor Kim Northington
- Union Hill

Praying for the family and friends
- Perry Huggins

Definitely going to be missed!!! This really hurt, you were definitely the kindest person ever!! Praying for the entire family🙏🏾
- Keisha Ferrell