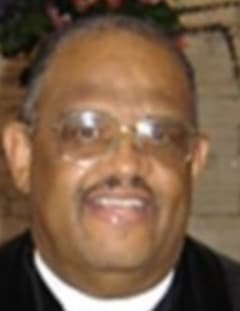 Funeral Service will be August 1 at 1:00 at Living Faith Tabernacle
at 5880 Old Dixie Rd in Forest Park Georgia.

Visitation will be on July 31st from 5 to 7 pm at the mortuary.

Pastor Curtis Connally was born on February 2 1944, the eighth child out of thirteen children to the union of Olin Connally and Cora Lee(Keith) Connally in the city of Newnan.

In his youth he was continually active in Sunday school, as a result he was chosen as a delegate to represent Zion Hill at the BYPU convention.
As a teenager he attended Central High School where he was the captain of the football team and participated in basketball,track and field, and served as class president while maintaining a 3.6 grade average. Curtis was accepted at Morehouse College and was scheduled to attend in the fall of 1962, but because of circumstances was unable to attend.

In May of 1963 he entered the Air Force and during the course of his enlistment he met and married Mary Welch. While in the Air Force he gained his computer skills which later served as his profession and career.
During their early years of marriage Mary and Curtis spoke about Holiness and the Church of God in Christ. In May of 1971 the Lord saved him under Bishop Kinlow, pastor of Holiness Temple COGIC, in Spokane WA.
At the end of his enlistment he was recruited by Ross Perot, and hired at Electronic Data Systems (EDS) located in San Francisco CA. While there he attended Holy Temple COGIC, under the pastorage of Eld. Bennie L Toliver and was filled with the Holy Ghost during a revival.

In 1978 he assisted Eld. J.E. Gardner in starting a church, Our Peace COGIC. It was there that he accepted his calling from God announced his calling to the ministry In November 1980. It was Eld. Gardner who recommended him toBishop W. Hamilton for ordination.

In 1986 his job relocated to Sacramento from San Francisco and so he relocated there to be closer to his job. It was there that the family started attending Progressive COGIC, under Superintendent J.E. Copland. While there Eld. Connally was a faithful and dedicated member and held several positions. President of picnic Committee, Sunday School teacher, President of Men’s Day, and Chairman of the TrusteeBoard.

In 1999 by the leading and direction of the Lord Eld. Connally retired from EDS and relocated to Georgia to begin his path as Founder and Pastor of All Souls COGIC. There he joined the Turin District and served as District Secretary under Superintendent W. Pinson and later was appointed Chairman of the Ordination board by Bishop N. Harper. Pastor Connally served faithfully until the Lord called him home on July 22, 2020.

Sending our condolences, may God be with you & your family
- Roxane Alexander
You all have our condolences we are so sorry for your loss
- Loretta Williams
Praying that God comforts you during your time of sorrow. We rest in joy knowing that pastor Connally served the Lord to the end. Well done my good and faithful servant. HE WILL BE GREATLY MISSED..
- Georgetta
You & your family are in our prayers! Harry & Elaine Turner
- Elaine Turner
That wisdom and Knowlege you gave out. Our 1st meeting was of God, Grace from above. Connecting lifes with Love and generational. Praying for you'all family ,You will be missed, Cousin, Pastor Curtis Connally.
- Dorothy C Smith
Prayers for the family of pastor Curtis connally. To be absent from the body.Is to be present with the lord.
- Brenda parks