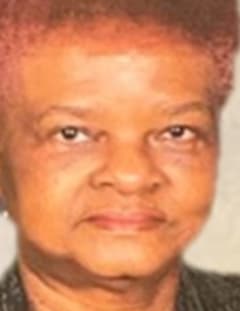 A Graveside service will be held Thursday the 9th, at 11 AM at Luthersville Cemetery on Wortham St in Luthersville Ga

Visitation will be Wednesday the 8th, from 5 to 8 PM at Clarks Chapel UMC at 60 East Oak St. in Luthersville Ga 30251

The family will host a "Meet and Greet" at her beloved church, Clark Chapel United Methodist, 60 East Oak Street, Luthersville, Georgia on Wednesday, September 8 from 5 pm to 8 pm. A special time of sharing memories will be observed during the 7-8 pm hour. CDC Guidelines will be observed. Masks required.

In Lieu of flowers, you may donate to the Clark Chapel United Methodist Church Senior Choir or Building Fund.

After being born on 6 April 1948 to the late John Henry and Mable Hart Phillips and named Ella Ree, I was raised in the rural
area of Luthersville, Georgia, joining Clark Chapel UM Church at an early age, attending Luthersville Elementary School and
graduating from Greenville Consolidated High School in 1966. That same year,
I matriculated to Atlanta where I lived with my Aunt Juanita Floyd on Troy Street and found employment at Genesco Shoe
Manufacturing Company.

During this time of my life, I married LaGree Rosser and although we separated, he remains a loyal family member, became
employed by Bell South, which was later acquired by AT&T, and moved back to reside in Luthersville.

After retiring from AT&T, I worked several years at Carter’s in Hogansville, Georgia until it closed. Now, I could enjoy full
retirement, but chose instead to join the Luthersville Neighborhood Service Center where I served as Co-Director.

As an adult, even though I grew up surrounded by baseball, basketball and actually playing softball for the Luthersville
Gators, I became an avid Atlanta Falcons Football team fan. Other endeavors that kept me busy were Clark Chapel United
Methodist Women, Clark Chapel‘s Senior Choir (singing was a passion of mine, even though my siblings said I couldn’t
carry a tune in a bucket), Sisters Bible Study for Women, Charly’s Angels and Cuz Investments Club.

Just before noon on Saturday, 4 September 2021, I quietly passed away, joining my other deceased sibling,
Terry Wayne Phillips, and leaving the others to share memories about me, Henry Douglas (Brenda) Phillips of
Louisville, KY, Martha Jean Parks, Johnsie Elaine (Harold) Reeves of Luthersville, GA and
Stephanie Suzette (Phillip) Phillips-Hardy of LaGrange, GA and a host of cousins and friends, many of whom were very
special because of our unique relationships.

So now, I can voice Paul’s words, “I have fought the good fight, I have finished the race, I have kept the faith. Now there is in
store for me the crown of righteousness, which the LORD, the righteous Judge, will award to me on that day-and not only to
me, but also to all who have longed for his appearing”. Weep for me only for today, and when tomorrow comes be joyful in
all the memories you have of sharing with me.
My love to everyone. Keep safe.
Ree