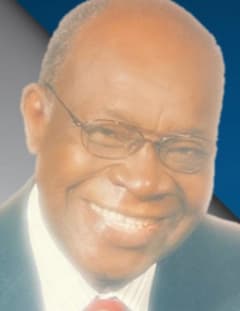 The funeral service will be Monday 4/26/21 at 11:00 am at Cornerstone Baptist Church 640 Ebenezer Church Rd Fayetteville GA

The service will be live-streamed on https://youtube.com/channel/UCxE2SHlQJNpQ4ic3fdLondA (see clickable link below)

Family, athletics, education and an inquisitive nature were the pillars upon which he
constructed his life. He embodied a life lived to the fullest and brought joy to all he interacted with.

Having grown up on a farm, from an early age he developed a strong work ethic and lifelong
love of gardening.

Recognized by Coach Henry Seldon during his junior year in high school, football became his
avenue to educational opportunities. Ike accepted and attended Fort Valley State University where he
earned his undergraduate degree in Mathematics and minor in Physical Education, on a football
scholarship. Named All Conference SIAC (Southern Intercollegiate Athletic Conference) for three
years, he attracted professional football opportunities, however, his post graduate education took
precedence. It is also while attending Fort Valley State University, Ike pledged Omega Psi Phi
Fraternity and remained an active brother the rest of his life.

After graduation, Ike married Willie Mae (Brown) Aycock in 1961; their union lasted thirty
years and produced his only child, Kent. After serving briefly in the United States Army as a military
policeman during the Cuban Missile Crisis, Ike attended the University of Wyoming on scholarship
and earned a Master of Science in Mathematics and Physics in 1969. Following graduation, he
accepted a teaching position in the Baltimore County (Maryland) Public School System and continued
to work there until his retirement in 1994. In August 1998, he married Virginia (Barrett) Aycock in
Laurel, Maryland.

Although officially retired from the school district, Ike continuously returned to educate the
next generation teaching at the Central Education Center, tutoring individual students, and volunteering
with Rising K-Camp in Newnan, Georgia.

Never one to sit still, Ike loved to fish, and stayed active in bowling leagues, coaching football
and track, officiating in youth sports leagues and enjoyed taking line dancing classes. Wherever he
went, he took his effervescent personality and love of music and people with him. 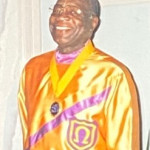 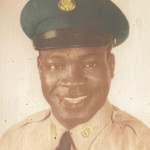 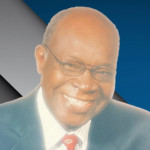 Virginia, Trina and Kent, please know that my family and I are saddened by Ike's passing. He will be missed. God bless all of our family at this sad time. Cheney Aycock, William Hampton, Jr & Rhonda. William Hampton, III and family. Daughter, grandchildren, great-grandchildren and son-in-law of yhe late Charles W. Aycock Ike's first cousin.
- Cheney R Aycock

Dear Kent, So sorry to hear of the passing of Mr. Ike. May God comfort and keep you and family during this time of loss.
- Vanessa S. Kimbo

My dear Brother, so sorry to learn of the loss of your beloved father. Please know our family have you and your family lifted in prayer during this most difficult time. May the many loving memories you shared throughout your life bring you peace, strength, and comfort. Love you, Houston & Sonia Mills
- Houston Mills

Rest In Peace Mr. Aycock, you will be missed by your family and friends
- Wiseman Family

My condolences to Ike's family. He was a good role model and a great example. Proud to have him as my Cousin. Love always, Connie Haynes & The Grapes
- Connie Haynes

Our Condolences to the family at God's speed. Frank D. Cheney and family
- Frank Cheney