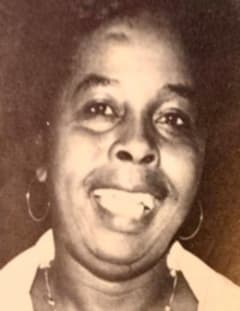 With humble respect, Sewell Mortuary in Grantville announces the transition of Janet Bell on October 4th, 2021.

Graveside service will be held at 12:00 PM on October 9th, at Luthersville City Cemetery on Wortham Rd in Luthersville Ga 30251

Born to the late Mr. David Dragg and Ms. Jaunita Phillips Dragg Floyd in
Atlanta, Georgia on September 4, 1935, Ms. Janet D. Bell entered into
eternal rest on October 4, 2021. Janet was the oldest of their two
daughters. She was raised along with her first-cousins (from the Phillips
and the Robinson families) in Atlanta and spent her summers in
Luthersville, Georgia. From an early age Janet had a prodigious workethic and spent her working years in the hospitality and support service
industries. Janet graduated from Washington High School in Atlanta,
Georgia. During her tenure at the Westin Peachtree Plaza, Janet was the
first person ever to be awarded the President’s Award of Merit, as a
result of her commendable actions in saving someone’s life. Janet was
witty and gregarious and enjoyed discussing current events. An
excellent cook, Janet enjoyed cooking for her family and friends,
especially her fan favorite sweet-potato pie. She loved spending time
with her family, cinema, including martial-arts movies, shopping, and
news media, especially CNN and the Hallmark Channel, sports
(especially the NFL), and traveling to visit family in Tennessee. She
enjoyed helping and serving others.
Janet was predeceased by her long-time companion of over 30 years
James Greenway, her parents Jaunita Floyd and David Dragg, and her
sister Sylvia Travis. She leaves to cherish her memory her devoted niece
and caretaker, Cynthia Travis Franklin (Harold Jr.), one grand-nephew
(Harold E. Franklin, lll), three grand-nieces (Johanna, Arielle, and Christa
Franklin) of Atlanta, Georgia; one step-brother, Clarence Floyd (Nikitia);
one step-son, Keith Greenway (Anthernett) and first-cousins Douglas
(Brenda S.) Phillips, of Louisville, Kentucky, Mary Charles Stribling of
Knoxville, TN, Johnsie Reeves of Luthersville, GA, Suzette Phillips-Hardy
of LaGrange, GA, and Martha Jean Parks of Luthersville, GA, in addition
to Chaffey Braithwaite Heilman and Dr. Kiery Braithwaite Grabowski
(both of whom Janet helped raise) of Atlanta, Georgia and a large host
of cherished relatives and friends. 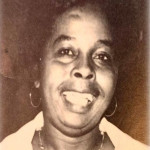 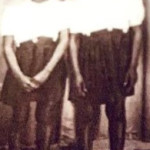