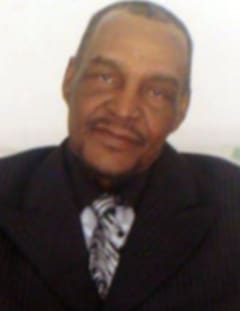 With humble respect, Sewell Mortuary in Grantville announces the transition of Jeremiah Tucker on April 12th, 2020.

Graveside service will be held at 12:00 PM on April 18th, 2020 at Rocky Mountain Bethel Baptist in Luthersville.

Jeremiah “Hamp” Tucker was born December 5, 1950 to the late Mr. Roosevelt Tucker Sr. and Mrs. Nettie Mae Leslie Tucker.
He attended Meriwether County School System. Afterwards he entered into the workforce where he worked faithfully until he retired. At an early age Hamp joined Rocky Mt. Bethel Baptist Church in Luthersville, Georgia where he remained a member until his death.

On April 12, 2020 while doing what he loved, The Lord called home his servant. He was preceded in death by his parents Mr. & Mrs. Roosevelt and Nettie Mae Tucker and brother John Wesley Tucker, and son Deric Robinson.

Hamp was a person that kept to himself but had a heart of gold, willing to help in any way that he could. He always had a joke or prank to keep you laughing. If you knew Hamp you know he kept a pot of dried beans boiling with a pot of meat. He will be deeply missed by his family, friends and all who knew him.

A very good man, . My heart is with his family. Alfred
- Alfred L Hill
May you rest in peace from Yolanda & Jerry Bryant
- Yolanda colton
To my Tucker Family lm not there in person I'm with you all in spirit l pray that Our God will get us through this stay strong and stay the loving and spiritual family that you all are love you all will miss just calling talking to him RIP my cousin
- Mildred Mathis