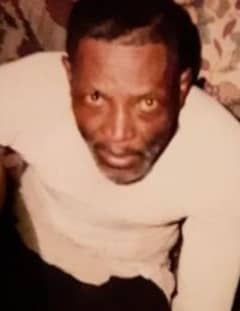 Visitation will be from 3 to 6 PM Friday the 29th, at Sewell Mortuary.

Mr. Jessie Beach was born September 10, 1944 in Gay, Georgia. He
was the second son of the late Oscar Lee Beach and Arllie Beach.
Jessie went to Meriwether County School. He joined Mount Venus
Baptist Church at an early age. He loved to cook and have last word.

He also loved the outside in the sunshine. He never met a stranger.
He loved to laugh and have fun. Jessie worked for Cain and Todd
Heavy Equipment for 30 plus years.
He met his wife, the late Sarah Ann Hall where his life began to
change for the better. He joined Faith Chapel where his wife served.
They had two children, Curtis Hall of Gay, GA and Teresa Hall
Andrew of Gay, GA.

On Wednesday, November 20, 2019 God whispered into the ear of
Jessie, Son take your rest, you fought the good fight of faith your
time is up the battle is won.

Please share a condolence, photo or memory of Jessie . We welcome all condolences that are positive and uplifting that will help family and friends heal.