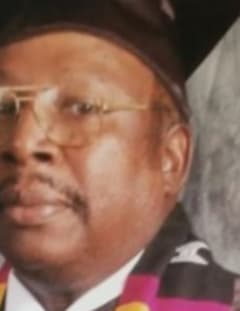 Visitation is August 21st, from 3 to 6 PM at Sewell Mortuary.

Pastor Johnny F. Terrell was born on September 9, 1951 to the late Willie Lee Terrell and Willie C. Mitchell. He attended school in Coweta County, and graduated from Central High School in Newnan, Georgia; Class of 1969.

After 40 years in the work force, he furthered his education with a degree in theology from the Interdenominational Theological Center. He also obtained a degree as an HVAC Technician, which allowed him to become an instructor at Southern Crescent Technical College in Griffin. He was mentored by a special friend, Kenny Street.

Pastor Terrell was saved at the age of 23, where he joined the Turin Church of God In Christ. He served faithfully under the late Superintendent H. L. Fountain for many years. He has been actively involved in ministry for over 40 years, serving in surrounding communities, preaching and helping other pastors around Pike County, Pine Mountain, Manchester, Harris County, Moreland, and Villa Rica, then was led to Mississippi, to fellowship with the late Elder Graves. It was during that time that he was led of the Lord, to build his own church. He founded and built the Divine Love Church of God In Christ in Griffin, Georgia, in the Turin District, where he served underSuperintendent Woodrow Pinson.
People he had been witnessing to for years, came and joined his church. He did not take any members from the district except his own children. As an outstanding businessman, he built his church debt free and without fundraisers. He was a good steward of what God had given him. He shared his wealth and served others till the end. He believed in sharing 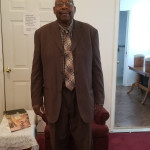 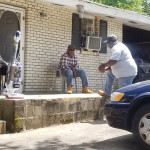 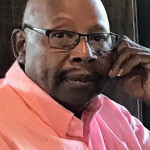 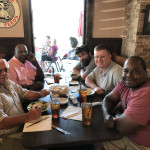 Most sadden for your family. May the future promise be comforting to each of you. Revelation 21:4
- Ms Bea
To the Family of ElderTerrell Sending my condolences..and praying to keep the family uplifted.. Elder Terrell always gave me encouraging words he certainly will be missed..
- Sylvia Broughton
To the Terrell family: My thoughts and prayers are with you, but be comforted in knowing Johnny is at peace and resting in the arms of our Lord. He will never leave you nor forsake you. Classmate '69.
- Carole Woodard
I taught with Mr. Johnny at Southern Crescent Technical College. He was a kind and compassionate person who went out of his way to help people. He was a person of his word and cared about his students and always wanted the best for them. Mr. Johnny definitely leaves a legacy in the Air Conditioning Program at Southern Crescent Technical College.
- Dan Merritt
Sorry to hear of the passing of Elder John Terrell. Family, look to God for your strength during this difficult time. My family will keep you and your family in our prayers.
- Zola Ogletree
I love my daddy and he was a pleasure to be around. I will really miss him.
- Julie Boyce
To the Terrell Family, you have my prayers and sympathy. Elder Terrell always had a joke and a hug for me whenever I would see him. 2 Timothy 4:7-8 - "I have fought a good fight, I have finished my course, I have kept the faith: 8 Henceforth there is laid up for me a crown of righteousness, which the Lord, the righteous judge, shall give me at that day: and not to me only, but unto all them also that love his appearing." God bless!
- Sharon Robinson
My deepest sympathy.
- Diane McCauley