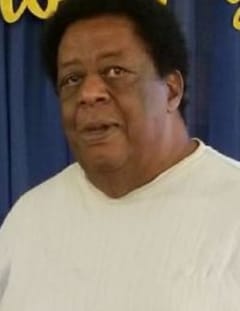 Visitation is on Sunday the 5th from 1 to 4 PM at K K Sewell Funeral Home.

Johnny Frank Favors was born February 12 1951 to Robert and Laura Favors
in Manchester, Ga He departed this life on March 28 2020 at Piedmont
Medical Center in Columbus, Ga

Johnny Frank has worked most of his life from delivering groceries for Bradshaw as a teenager to working in the Cotton Mill He worked at Mead until it closed Johnny then went to Weyerhaeuser until his health failed called him, could tell you what was wrong with your car just by listening to it.

Johnny never met a stranger He was loved by his family and friends.

This Father's Day is different Dad and it forever will be. I love you and will always miss you. I know you are watching over us but that dont stop the pain of missing you! We Love You Dad! Thanks for all the memories!
- C T
We are deeply sorry for your loss. I hope you all feel the love that surrounds you, now and always. Praying for your healing, comfort, strength and peace during this difficult time.
- Tammy Howe
My condolences to the family of Mr. Johnny. He and i worked at Weyerhaeuser for years. He was a nice man and a good friend. Rest In Peace !
- Odessa White
My sincere condolences to the family. May GOD send his angels to comfort your family during this time. Pam, Kenny, Terria and Tatum
- Pamela Jones
So sorry for your loss
- Eugenia Prather
Dad, I'm going to forever miss u but never forget you. This pain I'm feeling won't go anywhere anytime soon, if ever, but I am relieved that you have no more worries. You layed a great foundation and poured your love all over your family. Rest on dad until we meet again, your one and only son!
- CT
Dad I love you for all that you've instilled into me. We will miss you but you will never be forgotten. Love you
- Nicole