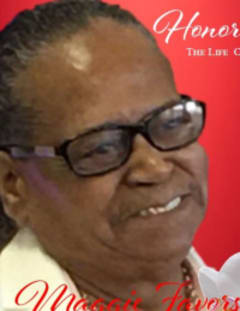 With humble respect, Sewell Mortuary in Grantville announces the transition of Maggie Favors on November 2, 2022.

A graveside service will be held at 2 PM on November 6th, 2022, at Greenville City Cemetery.

Maggie Favors was born in Meriwether County on April 10 1937 to the late
Annie and John Thomas(Doc) Favors. She lived in Greenville, Ga all her life
where she worked at Tidwell Nursery for many many years until the age of
retirement.

She joined Red Oak Grove Baptist Church at an early age. She was called home
on November 2, 2022 at Wellstar Hospice in LaGrange, GA.