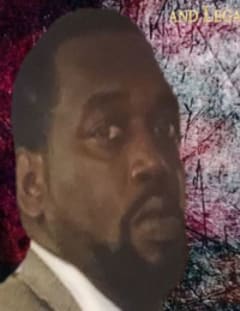 With humble respect, Sewell Mortuary in Grantville announces the transition of Marcus Daniel on January 10th, 2023.

Visitation will be from 5 to 7 PM on Saturday the 14th at Sewell Mortuary.

Mr. Marcus DeAndre Daniel, 47 of Grantville, GA departed this life on
Tuesday January 10, 2023 at Piedmont Newnan Hospital. Born in Coweta
County, he was the son of Kenneth and Diana Daniel.

He was preceded in death by his father Kenneth Daniel. His maternal
grandparents Garnell and Willie Pearl Rhodes. His paternal grandmother Myrtice Daniel.

He graduated from Newnan High School in 1994. He went on to be gainfully employed at Vista
Wall and PetSmart for several years. His love for sports was extreme. He was a Michael Jordan
enthusiast.

He was a member of a rap group named Beyond Recognition they were together for over 10 years.