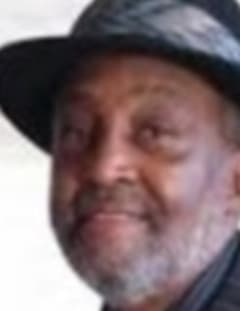 With humble respect, Sewell Mortuary in Grantville announces the transition of Neal Parks on July 7th, 2020.

Visitation will be July 11th, from 12 to 3 pm at Sewell Mortuary.

On June 12, 1949 in Harris City, Georgia, Neal Parks was born to the late Jessie Parks Sr. and Ruby Clements Parks Harris. After living an impeccable life of service and fortitude, our Heavenly Father dispatched his angels to LaGrange, Ga on the evening of July 7, 2020 to accompany the soul of Bro. Neal Parksto its heavenly abode.

Neal was raised in Greenville, GA where his stepfather the late Will Harris played a pivotal role in Neal’s life. He was a lifelong member of Greater Siloam Baptist Church in Harris City, GA where he served faithfully. Neal graduated from the Greenville Consolidated School in 1967. In 1969, Neal was drafted by the United States Army and served his country until 1971. Neal was gainfully employed as a welder at Bonnell Aluminum in Newnan, GA for 36 years. Upon his retirement, Neal was employed by the Meriwether County SchoolSystemuntil his passing.

On July 13, 2002 Neal and the love of his life, Sherell Crowder were united in holy matrimony. He was the father of two children, Sheneal and Rodney. Neal was a man who loved his family, friends and community. His heart was just as big as his personality and flair. Simply put, Neal Parks truly enriched and inspired the hearts and minds of those who knew him. Especially his beloved family.

Besides his parents, Neal was preceded in death by his brother Jessie Parks Jr. 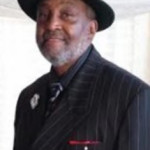 Please accept my deepest sympathies. Sincerely, Loraine Crenshaw (West Georgia Hospice)
- Loraine
Another tragic shock to our community . . . Neal was the "go to" man when we needed something done. He has helped me often, as well as the city and others around him. I am sure he will have the hedges trimmed and groomed in heaven when we all arrive. Rest well Neal, you have earned it. Love and prayers to the family. Sandy
- Sandy Garrett
We will truly miss you our brother from Louis and zDelores
- Delores Clemonts
Mr. Neal Parks, a solider of christ's army. A loving brother, husband, father, and friend, who had an appetite for life and living. A true friend and was revered by many. He will be truly missed.
- Jacqueline Dyal