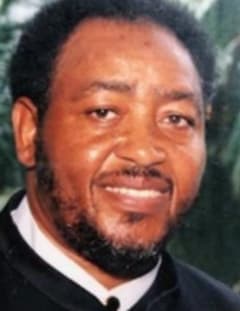 Visitation is Saturday the 19th, from 1 to 5 PM at Sewell Mortuary.

Obie Williams Jr. was born on November 5, 1949, the eighth child of the late Obie Williams Sr. and the late Sylvester Williams. Obie Williams Jr. “Noon” as he was called by his family and friends joined Arbor Chapel United Methodist Church at an early age. He grew up in the Freeman Hill Community and graduated from Greenville Consolidated High School. After graduating he fell in love and married his high school sweetheart Melissa Jones and to this union three children were born; Sojourn, O’Boris and Omar. After marriage he joined the United States Army and served two years which lead him to be a part of the Vietnam War. He along with other Veterans are proudly displayed on a monument located in the Luthersville City Park. After serving in the military he became an entrepreneur while working for Delta Airlines. Although he wore many hats he always found time to landscape the church grounds in preparing for the 1 st and 3 rd Sunday service. He was an active member of the Trustee Board and received a number of awards and plaques. He along with Gary Henry started the church largest bar-b-cue which was held twice a year. He remained an active member of his church until his health decline. He loved entertaining his friends and church members. He would host an annual cookout at his home for male friends on the Saturday before Father’s Day. They would enjoy each other’s company while talking about the “Good Old Days”. Obie will always be remembered as the owner of Williams Mobile Home Parks, working hard, watching old western movies and telling a joke or two while dropping a few lines of wisdom.

Obie was preceded in death by his mother and father, his son Omar Williams, his sister Annie R. Cousins and brother Rufus Williams.

So sorry for your loss. Praying for strength and healing for the family.
- Carla Favors
Praying for the Family
- Geneva
Lord heal our family Saddened heart's during this difficult time of sorrow...
- Belinda Hall