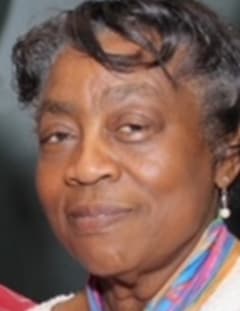 Public viewing will be from 3 to 7 PM on Friday the 6th at Sewell Mortuary.

Sister Henry accepted Christ as her Savior with Arbor
Chapel United Methodist Church in Stovall, Georgia where
she served as a faithful member who truly loved the Lord until
her health declined.

Rosa Lee Henry graduated from MCT High School in Manchester. She retired from
Sherwood Packaging and Wal-Mart in LaGrange, Georgia where she served dutifully at
both for several years until she retired. In her leisure time, she enjoyed serving on the
church administrative board and finance committee, testifying before God and
gardening. Sister Henry enjoyed helping others and spending time with her children and
grandchildren.

Earlier in life while dressed in corduroy, Rosa Lee Bray met the love of her life Ralph
Henry, Sr. in Durand, Georgia. It was love at first sight and they were joined in holy
matrimony for the past 58 years.

She was preceded in death by her father, James Bray, Sr. and mother, Lela Mae Bray;
sisters, Jerlene Manning and Martha “Sister” Francis Ridley; brothers, James “J.B.”
Bray, Jr. and Leroy Bray. And a host of in-laws, nieces and nephews, and family and
friends