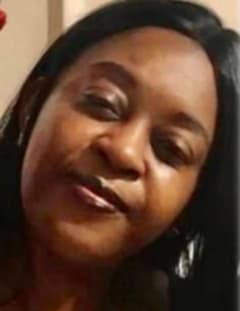 With humble respect, Sewell Mortuary in Grantville announces the transition of Tanganikea Clark on December 10th, 2020.

Graveside service will be on January 2nd 2021 at 11:00 AM at Olive Branch Cemetery St. Mark Community.

Ms. Tanganikea Eweka Clark, the daughter of the late Carolyn B
Morman-Hall, Perry Clark, and Norris Hall, was born on September 2nd
1978. Thursday, December 10, 2020 God sent an angel to bring his child
home.

Tanganikea attended East Coweta High School while living in Newnan,
Ga. Our beloved Nikea enjoyed feeding her family and soon found a
career in her passion of serving others. She began working at Red
Lobster in Newnan in 1998. In 2011, she followed her calling to serve in
Panera Bread where she worked until her last days. Tanganikea was set
to go back to Red Lobster before leaving us. 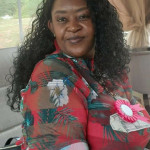 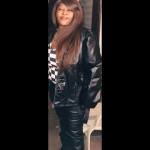 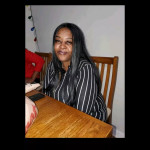 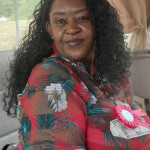 I hate you had to leave us so soon. Every time I seen you you would give me a hard time! I'm truly going to miss you. To Kesia and the rest of the family, my deepest condolences and continued prayers! Love y'all Teika
- Lateika Johnson

My Condolences to the Family
- Katrina Phillips

Lord have mercy on the family (peace unto you)
- Darby

- Tangela Crook
I will never forget our memories we shared. Friends since elementary and I'm so glad God put you in my life. Every year no matter what we was doing we always made sure we said happy birthday and celebrated Virgo season together 😢. My friend my friend my friend thank you for being in my family life. We love you and will always remember you. 👩‍🍳 👩‍🍳 Love TLC (TAN)
- Tangela Crook

- Tammie
So sorry for the loss of my cousin
- Joshua Roberts

Lord knows my friend you will forever be missed & Always in our hearts!!! Fly high my Angle until we meet again😇 May you R.I.P 💔💞🕯🙏🏾
- Tracey C.

Missing you so much. I will always pray for your family.
- Millette

Rest in peace my friend and may God send comfort to your family and friends.
- Tecila White

Alwere family been thru so much but I know God got us!!! Rip!!! Love always candiance
- Candiance white

Im a friend with Debbie Jackson. I'm so sorry for your loss. I pray you find comfort and peace. May God give you all mercy and love during this time of sorrow. God bless you all. Larry Fogarty
- Larry Fogarty